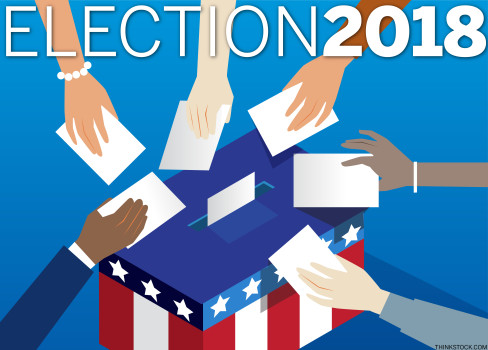 Imagine, for a moment, that you are no longer a citizen of the United States of America. You live half-way around the world, in the mountains of Afghanistan. You cannot read, you cannot write, but for as long as you can remember, your country has been at war. It started with the invasion and occupation by the Soviet Union in 1979, which paved the way for a brutal and bloody civil war waged between mujahideen factions, culminating in the rise of the authoritarian Taliban regime in 1996. The Taliban are harsh, ruthless, and cruel. They persecute and murder your neighbors, your friends, your family in cold blood. You have no voice in this government of atrocities.

Now, it is 2005. The Taliban have been overthrown in the wake of the U.S.-led invasion, and for the first time in over ten years, you finally have the chance to participate in parliamentary elections, to have a say in the future of your nation. Afghans went to the polls in record numbers this October to vote in the 2018 parliamentary election despite threats of violence and bombings by Taliban insurgents. They understand the sacrifices that have been made, the ongoing struggle to achieve a fair, democratic system, and the value of a single vote.

Even though our elections are not plagued by bombings or sectarian violence, voter turnout in the United States remains one of the lowest in the developed world. For presidential elections, on average 60% of the eligible voting population shows up to the polls; midterm elections are even worse, with an average of 40%. This is a disgrace. Now, more than ever, it is imperative that we as citizens in a free and democratic nation participate in the electoral process.

The perception, implied by voter turnout, that presidential elections have a greater impact on voters’ futures is a fallacy in the American political mindset. The president can set the tone for political discourse at the executive level, significantly influence international relations, and implement federal projects for domestic policy, but the greatest impacts an individual citizen will see on their own lives is at the local government level. However, local government elections exhibit the lowest levels of voter turnout. This paradox extends to the state and Congressional levels, making participation in this midterm election crucial for those concerned with the future of the U.S. government. A president serves, at most, for 8 years; Congress can shape foreign and domestic policy for decades.

The second misconception discouraging Americans from voting is the perception that an individual’s vote does not matter. With gerrymandered districts, political deadlock in Congress, and an increasingly catatonic government plagued by shady lobbyist money, I sympathize with the disillusionment that casting a single vote will not alter the course of history. I understand the reluctance to register, to wait in line at the polls, to mail home for that absentee ballot when we are stressed by the more immediate concerns of work, school, and our personal lives. Why should I vote, when my representatives repeatedly ignore the interests of citizens for those of corporations? Why should I vote, when one political party already dominates my home district? Why should I vote, if it seems like it does not matter?

You should vote because you can.

American soldiers gave their lives in the mountains of Kandahar so that the Afghan people could shape the future of their country. In the second World War, Americans died on the battlefields of Europe and the beaches of the Pacific so that totalitarian regimes would not subjugate the free democracies of the world. American suffragettes struggled so that women would be equally represented in the political system. Members of the Civil Rights movement fought so that people of every race, creed, and color could cast a vote without fear of repression.  And the leaders of the American Revolution campaigned so that we could be free of a government without fair and equal representation. Every time you cast a vote, you honor their sacrifices.

Our government is not perfect. As Winston Churchill once said in the British House of Commons, “democracy is the worst form of government except for all those other forms that have been tried.” Its flaws are not a reason to withhold your vote. Rather, they should renew us with vigor to take part in elections. No generation gets to choose the time in which they are born, or the challenges they must face; every generation has the choice to determine how they will shape the course of history. So cast your vote in these critical midterm elections, and know that your single vote is backed by the courage of millions.